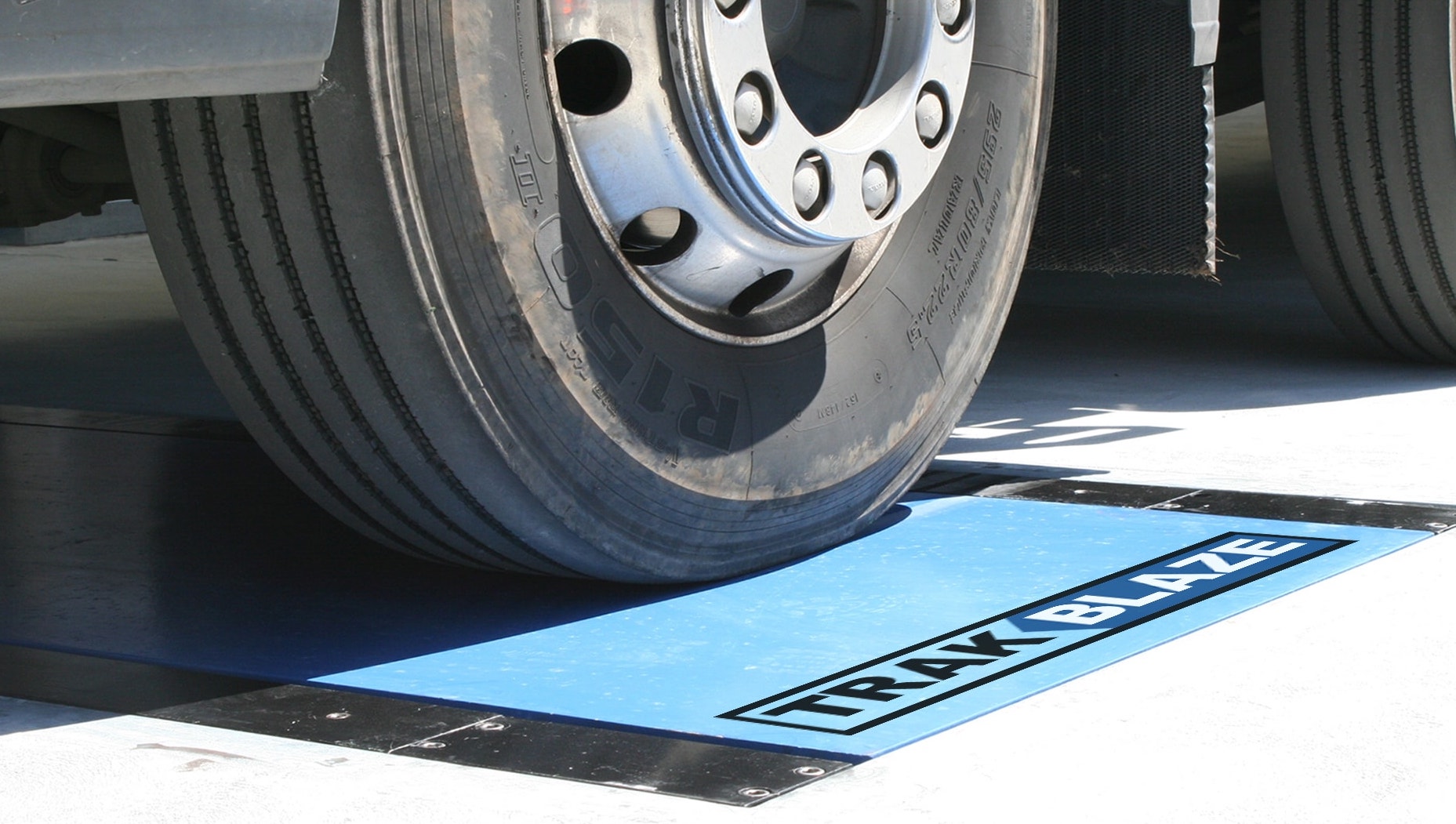 A weighbridge or scale is an essential piece of equipment for the day-to-day needs of many industries. Weighing large heavy haul trucks and trains has become a lot easier for workers, with the help of innovations within weighing technology. Gone are the days where the only option was the manual entry of data and weighing. With the advances in technology throughout the weighing industry, all the aspects of data collection and weighing have been taken to a new level; it’s now faster, more accurate and automatic.

If it weren’t for these scales, how would we weigh such huge vehicles and trains, with the utmost accuracy? Various scales and weigh bridges are available on the market to weigh, monitor and analyse the necessary vehicles and report back accurately. However, imagine if you could weigh your transport truck, mining truck, or train dynamically (in motion) – Weighing in motion saves time and money.

To make this possible Trakblaze have developed an advanced range of weighing systems, known as weigh-in-motion weighing scales. Unlike traditional weighing systems, weigh-in-motion scales can weigh a vehicle while it is travelling at speed; the vehicle doesn’t need to stop completely to be weighed. It is an incredible and top-rated weighing solution for a range of industries around the world, who needs to weigh their road and rail vehicles.

Weigh-in-motion offers a cost-effective solution to organisations by monitoring the weight of vehicles as they travel over a railway line, roadway, or across a mining site. There are many benefits to a weigh-in-motion system, such as they increase productivity, efficiency, instant identification of overload, comprehensive reporting and these, are also very cost-effective.

It is crucial to ensure that the rail wagons are safe and balanced before transportation. This is where you need to rely on train weighbridge scales and their data to ensure the wagons are safe. With over 90 years of experience in weighbridges, Trakblaze has developed a highly accurate and reliable weigh-in-motion solution for railways. This will allow trains to be weighed at a speed of up to 80kph, and then return accurate data.
Trakblaze offers two different weigh-in-motion solutions for railways – Infinity low speed and Infinity high speed.

Infinity Low Speed: This train weighbridge is ideal for weighing slow-speed trains (up to 15kph), especially in mining. With this, you can get wagon and bogie weight and data in real-time, and the best thing about it is, it can be installed even in a curved track.

Infinity High Speed: As the name suggests, it’s capable of weighing trains at a high speed (up to 80 kph). It uses highly reliable and accurate load cell technology, so you don’t have to worry about the data being inaccurate while weighing in such a high speed.

Similar to railways, Trakblaze offers a weigh-in-motion solution for roadways and mines.

Force 1 (Truck Axle Scale): A specially designed weigh-in-motion axle weighbridge to reduce the considerable space to install a traditional weighbridge. It is designed to record axle weights, and gross vehicle weights as trucks drive over the scale. Force 1 can provide highly accurate weighing data of a vehicle in motion up (dynamic) to 12Kph.

Force 2/4 (Portable Mining Truck Scales): The Force mining scales are ideal for all types of Mining Truck/Dump Truck In motion weighing applications. They can be installed as a short-term solution where the mine is constantly changing or permanently on established haul routes. With 2 differing options for truck size (Force 2 up to 150t/ Force 4 for over 150t) the Force mining options are built tough to last harsh working mine environments, while allowing in motion weighing at up to 12 kph by wheel, axle and truck.